Blog - Latest News
You are here: Home1 / Sport and Support2 / We ran in Radomsko for third time for Koniczynka

The Radomsko Street Run (Marian Szymański memorial) at the distance of 10 km is traditionally held on the last Sunday of June each year. The fifth edition of the run saw a record attendance and an extremely hot weather that, however, did not prevent the contestants from realizing their sports passion. Nearly 170 competitors stood at the start line on Sunday morning of June 25.

“We ran for the third time in Radomsko as a part of the PRESS GLASS action “Run and Support” and we always feel good there; nice atmosphere and the location of one of our plants attract us here in increasing numbers every year. We will spend the money gained thanks to the run (1200 PLN) for the “Koniczynka” Association of Parents and Caregivers of the Disabled in Radomsko. It is a wonderful thing to realise sports passions and help others”, says Grzegorz Kruk, one of more active participants in the action.

Dominik Bolingier who covered the route of the run on the 21st position was fastest in the PRESS GLASS team. Justyna Barczyk-Strama occupied the 98th place, which was the best result among the ladies.

The idea of the “Run and Support” action that emerged at the turn of 2015 on the initiative of employees of the Company combined the intention to promote an active lifestyle among PRESS GLASS employees and to support charities. 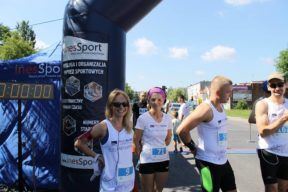 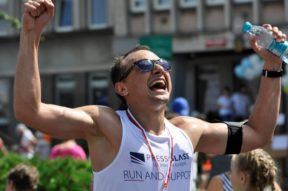 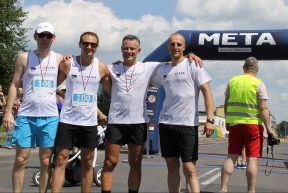 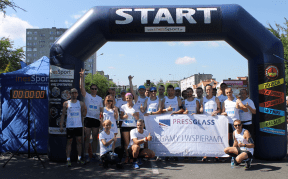 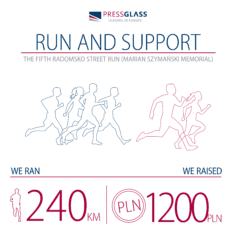